The Tour de France is the main cycling event of the year and is known worldwide for its gruelling stages, steep climbs and no shortage of drama including all manner of cycling accidents (something we’re familiar with at Express Solicitors!). It’s no surprise that this massive international race is so popular, but for the uninitiated it can be very confusing as there is a lot to learn.

Like many of us, you may have started cycling later in life and feel like you’ve never quite got your head around the Tour or its complicated rules, and what those different jerseys all represent.

At first glance you might assume that it’s a simple race where the first rider to cross the line wins… oh if only it were that simple! To help you understand (or help you explain to your non-cyclist friends) how it all works, we have written this beginner’s guide on how to watch the Tour de France – and understand what on earth is going on! 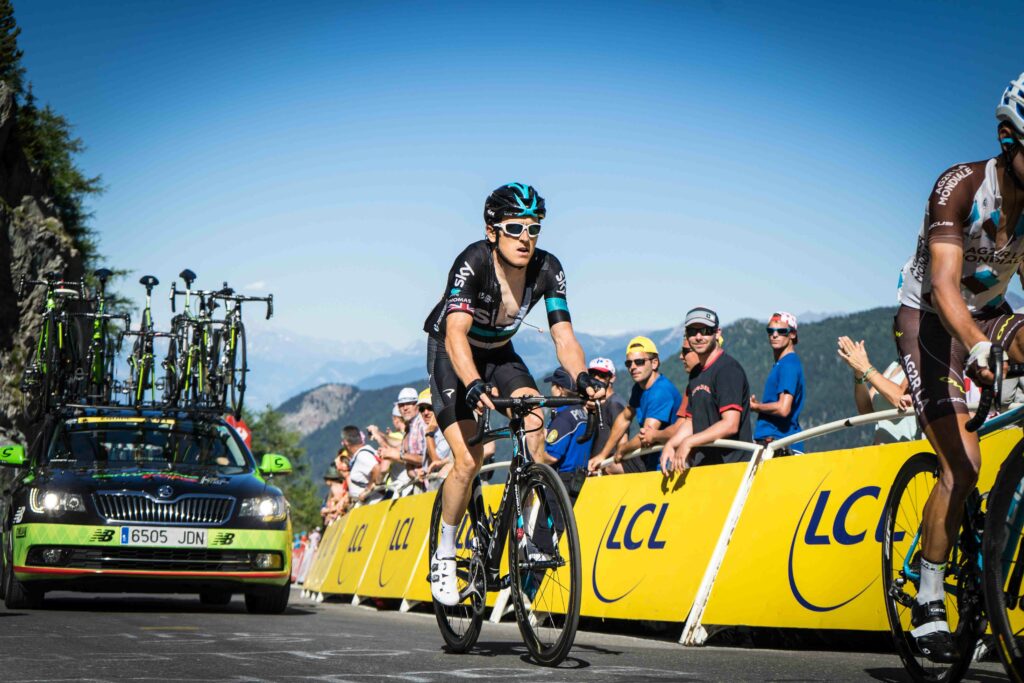 The Tour de France is a multi-stage, multi-day cycling race which takes part in France and some of its neighbouring countries. It’s 2,068 miles (3,328 kilometres) long and typically takes riders around 90 hours to complete.

There are races for both men and women, with the participants riding as part of a team of 6 (for men) or 8 (for the women).

Each stage of the race is scored individually, with the total added together at the end. The winning team is the one with the highest overall score, which means that a team can win the whole race without actually crossing the finish line first on any individual stage.

There are 21 stages spread out across 24 days, these are sub-divided into four categories:

Typically, the winning rider would need to be versatile enough to perform well in each of these different stage types, as opposed to being a specialist in one area and lacking in others.

Riders are awarded different colour jerseys for winning stages of the race or for collecting the most points in certain specific areas.

You’ve probably already heard of the Yellow Jersey (also known as the maillot jaune), this is given to the rider which tops the scoreboards and rides through all of the stages in the fastest time, making them the overall winner.

The Green Jersey (aka maillot vert) is given to the best sprinter. Points are awarded throughout the stages for crossing a pre-determined sprint point first, the rider who accumulates the most of these is awarded the jersey. There have been occasions where riders have won both the Yellow and Green Jerseys.

The Polka-Dot Jersey is awarded to the rider who collects the most mountain points, these are awarded for ascending hilly mountain sections in the fastest time. The ascents are ranked according to difficulty, with more points available for the harder climbs and less for the easier ones. To put it simply, on a difficult climb the first two/three/four riders may be given points, whereas on an easier stage only the first one to ascend will be awarded any.

Finally, we have the White Jersey, this is awarded to the quickest young rider (under 26).

Oh wait, there’s also a Combined Jersey which is awarded to riders if they manage to win more than one jersey – not an easy feat! 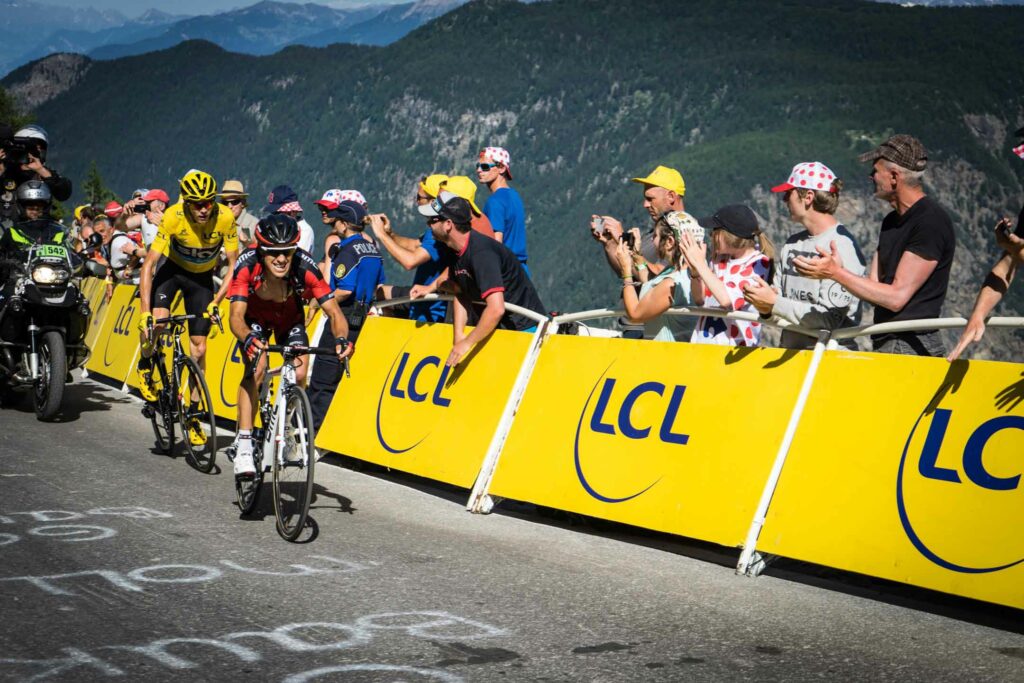 The Tour is famous for being a very strategic race where teamwork is crucial for success, and not sticking together can ruin your chances of winning.

Domestiques play a fundamental role in the team. These guys (and girls) are strong cyclists with a lot of mental fortitude. However as they’re not expected to win the race, their role is to sacrifice themselves for the overall benefit of the team. They often carry water bottles for other riders (to save them carrying weight), watch out for potholes and even ride ahead to create a barrier against headwinds.

Sticking to the Peloton

In order to reduce force from headwinds and increase efficiency (by up to a whopping 40%), riders move in a large group. This is called the peloton.

During heavy crosswinds, the peloton can split into diagonal lines. If a team is separated in this process, it can leave them vulnerable and allow other teams which are still strongly in formation to attack by overtaking.

By leaving the safety of the peloton and making a dash for it, riders can gain a significant advantage, however this can be more physically taxing as there is less (or no) wind protection, making the riders vulnerable to attack!

This is known as a breakaway, it takes serious guts to do this as they rarely succeed, but if they do, it can give the team a huge advantage and allow them to gain more valuable points.

Running out of time

To add further pressure to the riders, to avoid being disqualified they must cross the finish line within a set percentage of the time taken by the first finisher. This percentage varies between stages and is determined by officials.

This can be problematic for riders such as sprinters whose abilities are not as well-rounded as the other riders. Meaning they could get caught out on technical mountain ascents which require a higher level of skill.

Although we haven’t covered absolutely everything related to the Tour de France – we hope this has given you a good understanding of how the race works and what to look out for in the different stages when watching.

And if nothing else, we hope it’s empowered you with enough knowledge to chat about the race and sound like you know what you’re talking about! 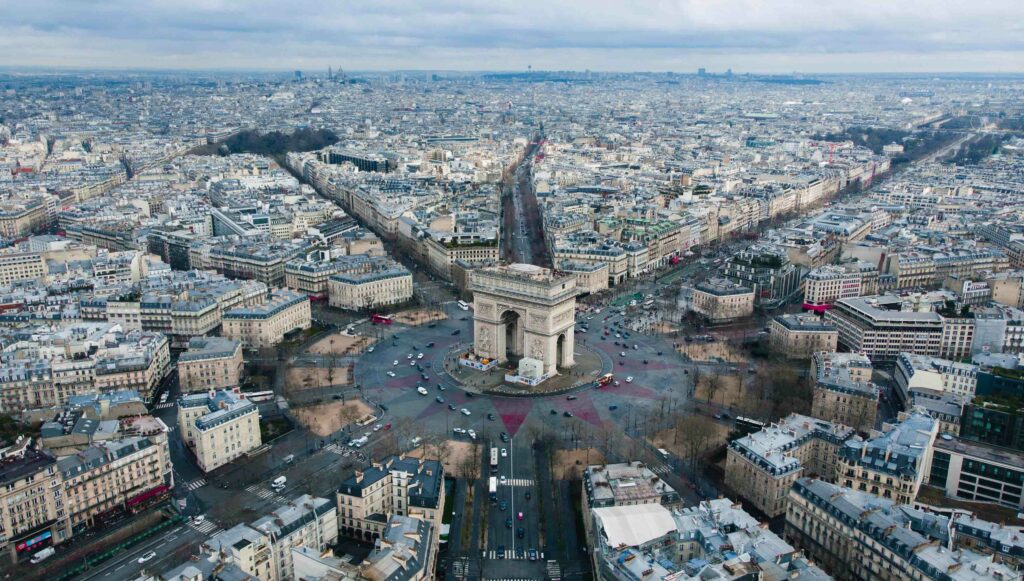