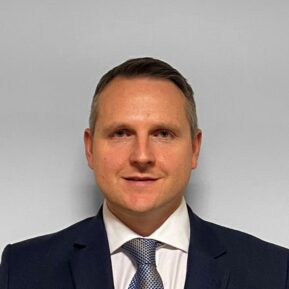 Damian Bradley is a Partner and Head of Legal Operations at Express Solicitors Limited and joined the company in 2021. Damian specialises in Employers’ Liability claims with over 20 years of experience as a qualified Solicitor.

Damian deals with claims arising from all types of serious injury following an accident at work, including brain injuries, spinal injuries, and musculoskeletal injuries together with claims involving pain syndromes such as chronic pain, CRPS and cases involving amputation.

Damian is a Fellow of the Association of Personal Injury Lawyers and served for 6 years as their North West Co-ordinator.
Damian regularly lectures to various audiences on developments in personal injury law, for example, procedural rule changes, case law analysis and litigation strategy.
Damian has previously been mentioned in the Legal 500 as being ‘hugely experienced.’
Owing to his meticulous approach, that he asserts is essential in the preparation of all cases; Damian says that his favourite quote is:
“The difference between something good and something great is attention to detail.” – Charles R Swindoll, pastor & author.

Damian is currently representing clients on a number of cases but one case in particular that concluded recently was particularly striking. A gentleman was working on a large construction site in London and his left leg was unfortunately driven over by a dumper truck when his co-worker negligently reversed the truck into a site walkway. The client suffered devastating injuries to his lower leg and was hospitalised for several weeks, his leg having been placed in a frame. Despite having had multiple surgeries the bones failed to knit together properly. The client had very poor mobility, was in constant pain and unable to work.
Damian recalled that the client’s partner had given birth to their first child a few weeks prior to the accident and through no fault of his own his client had suffered life changing injuries and placed the wellbeing of his family in jeopardy as he was the sole provider and could not afford to pay his rent.

Damian obtained substantial interim payments for the client to enable him to pay his bills and pay for some care and help around the home. The client was living in a rented flat with no lift access at the time of the accident and monies were obtained to re-house the client and his family in a ground floor flat. An automatic car was purchased using the funds as he could not operate the clutch in his manual car. The interim payments also paid for further private surgery and rehabilitation that eventually led to reduced pain for the client and greater mobility.
Damian’s client received treatment to help build up his confidence and vocational rehabilitation to learn new skills as he was not fit to return to construction work.
It was vital for Damian to secure interim payments for this client in order to help him rebuild himself and his life. This was also necessary to avoid unnecessary financial hardship for the client and his family until his claim was in such a position to place a final valuation on the case.