If a forklift truck is poorly maintained, or lack the proper training to ensure safe handling of the vehicle, and you suffer a injury as a result, you could be eligible to claim financial compensation.

The number of UK forklift accidents exceeds 1,000 each year. In workplaces where forklifts and large machinery are unavoidable, it is your employer’s responsibility to keep you safe. If you have had an accident and believe your employer was at fault, ask the team at Express Solicitors about forklift compensation claims today.

Why is a forklift accident so dangerous?

The sheer size and weight of a forklift truck makes it difficult to move around, and even a small impact can have serious consequences. One of the commonest accidents at work for warehouse workers, the injuries often affect other people rather than the driver, for example, people walking in the area.

All workplace equipment has a degree of risk, but mobile equipment is even more dangerous. The majority of incidents are down to human error, from poor training to careless driving. According to the Health and Safety Executive, forklift accidents make up to a quarter of all accidents at work, from airports to workshops and construction sites. 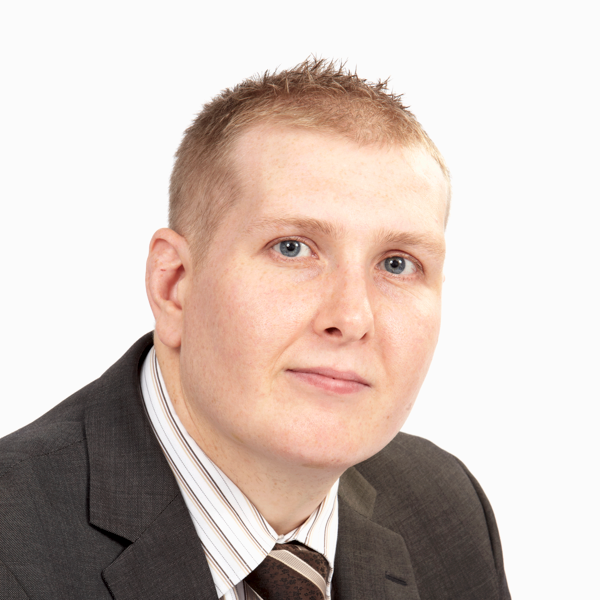 Most commonly, accidents happen with industrial counterbalance forklift trucks. These can carry up to three times the weight of the average car. If they are badly loaded or driven carelessly, this can lead to accidents.

You may be able to claim forklift accident compensation if you’ve not received adequate training from your employer. As a forklift is very different from a car, including rear wheel drive, it requires a licence and special training, as well as HSE advice on seatbelts. If your employer has not offered you any of these, you may be able to talk to us about forklift truck accident claims.

What types of forklift accidents are there?

Forklift accidents can happen to anybody working in the same area as a forklift driver – not just the driver themselves. The heavy weight of forklifts makes them a huge risk for crush injuries, which can be life-changing.

Your employer should have strict forklift safety procedures in place. Unfortunately, in some cases, managers prioritise speed over safety, which can lead to the following incidents:

Forklift drivers risk injury if they are faced with:

Other people may be injured by forklifts as a result of:

What are the causes of forklift accidents in the workplace?

In addition to careless driving and poor training, there are other causes of forklift accidents. For example, if the forklift has not been loaded properly, employers run the risk of:

Similarly, the environment is key. If the driver cannot see, they run the risk of colliding with a person or object and potentially crushing somebody. Employers should also make sure that the environment is safe to climb out of the forklift truck – for example, avoiding slips, trips and falls. They can make the workplace safer by training drivers on how to get off the forklift safely.

Whether it’s poor maintenance, inadequate training or simply failing to stop somebody driving dangerously, your employer could be at fault. Speak to our expert solicitors at Express to see if you could make a forklift compensation claim today.

How to claim for an accident at work

Want to know more about claiming for an accident at work. Jargon free, we’ll explain your legal rights, letting you know everything you need to know about claiming.

How much compensation can I claim for an accident at work?

Read our accident at work legal guides to understand your legal rights and how much compensation you may be able to claim.

What are my employer’s legal responsibilities to prevent forklift truck accidents?

The Health and Safety at Work Act 1974 states that employers have a duty of care to keep employees, contractors and site visitors safe. If they fail to do this, you may be able to make a no win, no fee claim.

By law, forklift drivers must be a minimum of 16 years old, or 18 in port facilities. If you’re making a forklift accident compensation claim before you reach 18, you can ask somebody to do this for you (a ‘litigation friend’) or claim anytime between your 18th and 21st birthday.

The Health and Safety Executive has a published Accepted Code of Practice (ACOP), which covers:

If you feel your employer has failed to meet their legal obligations, ask us about no win, no fee forklift truck accident claims today.

What are my Health and Safety rights at work?

Under UK Health and Safety law, you have the right to:

How do I make a forklift compensation claim as an injured employee?

You can make forklift truck accident claims under the following legislation:

You can also cite the APOC on rider-operated lift trucks, as published by the Health and Safety Executive. Even if your injury was caused by a co-worker, you can still make a forklift compensation claim against your employer on the grounds that there was no proper supervision.

Forklift accident claims for members of the public

You can make a personal injury claim if you’ve been injured by a forklift in public. We can help you to gather evidence if you’re not sure who was responsible, for example, finding CCTV footage. Ask us about a no win, no fee forklift compensation claim today.

How much compensation can I claim for a forklift truck accident?

How much compensation you can claim for a forklift truck accident claims is available depends on a number of factors. Our expert solicitors will look at every element of your case, from the physical damage to the long-term impacts the accident has had on your life.

Every forklift injury is different, so there’s no one set compensation amount for a forklift injury. However, based on historical cases and evidence from the Judicial Board Guidelines, the following pay-outs have been awarded: 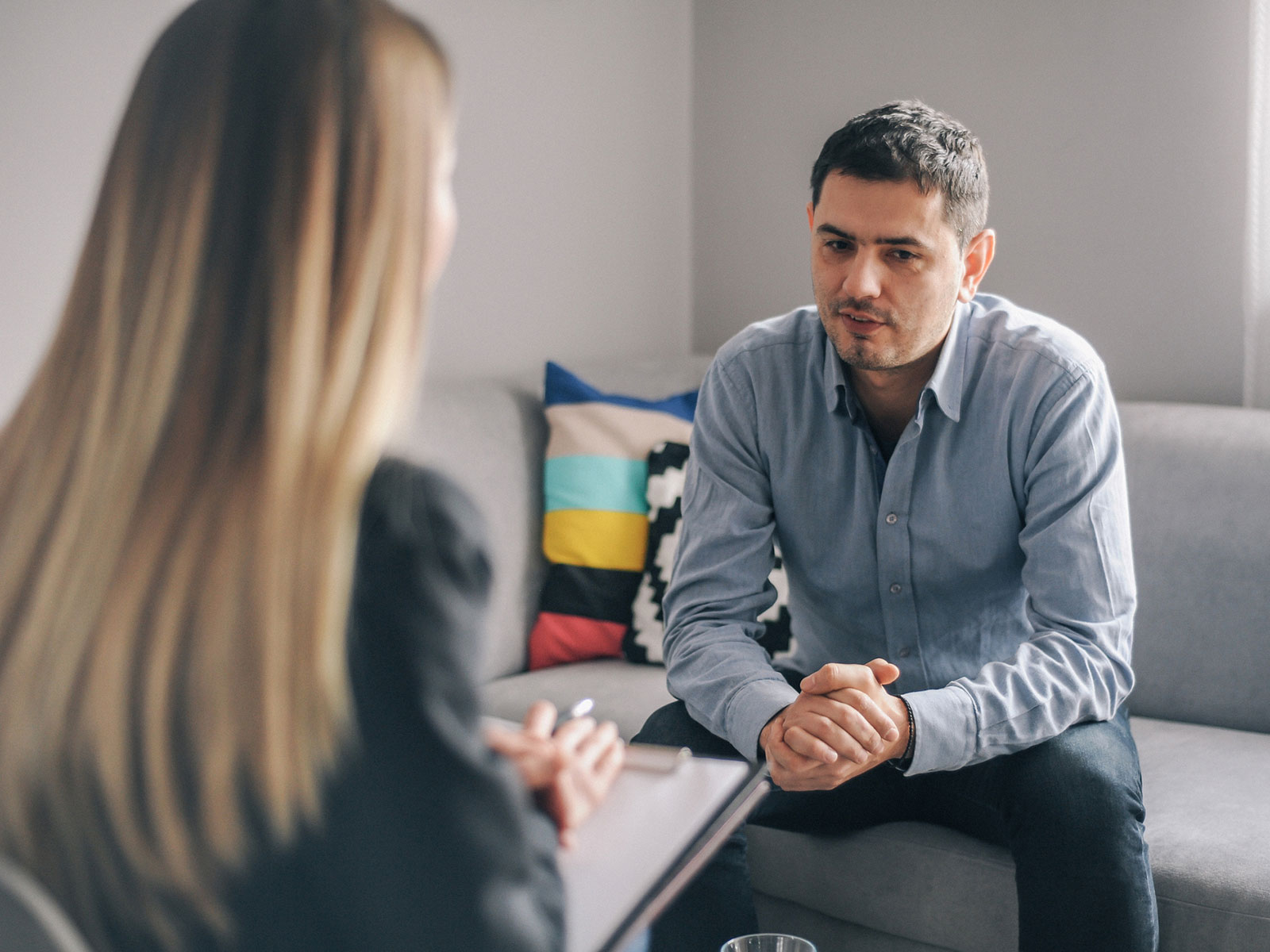 We understand the financial impact of an accident.

In 99% of cases, we recovered more compensation than the insurer’s first offer. We’ll provide financial security with our interim payments wherever possible, meaning you don’t need to rush into an offer that is lower than you’re legally entitled to.

How do I start a forklift accident claim?

For the most successful forklift compensation claim, we can help you to provide:

We’ll also ask you for your personal information such as your name, address and date of birth. If you have any additional evidence such as CCTV footage, this can help.

Whether you have been injured by items falling from a forklift, a forklift truck collided with you or you were forced to drive a forklift over an unsuitable surface due to poor workplace safety standards, if you suspect one of the above factors was to blame, contact our accident at work solicitors as soon as possible to discuss a potential accident claim.

When a forklift truck went into his electric tug, Richard Stait from the West Midlands was told he would never work again.

Richard was driving an electric tug through a warehouse at the Jaguar plant at Castle Bromwich when a fork lift truck ploughed into the side of his vehicle.

During the accident, the electric tug lifted off the ground before landing heavily on its wheels.

Richard explains: “When the tug lifted off the ground I too was lifted and then slammed back into my seat when it landed. As I did so, I hit the steering wheel with my ribs and unbeknown to me at the time I crushed three discs in my spine.”

“It was because the pain was so severe in my ribs that I didn’t realise that I had three prolapsed discs. However, when my ribs started to heal, and the pain began to subside, the pain in my back became more apparent.”

Richard was working at Jaguar through his employer Excel Recruitment, which argued in Court that his back was damaged prior to his accident.

“How would I have passed my thirteen week trial to work with Excel with three prolapsed discs?” asks Richard.

“Express Solicitors took Excel to Court and I was awarded £143,000. I was delighted with the result, but it was also the right result and necessary as I will never work again.”

“At one point the insurance to fight the case was withdrawn but Express Solicitors stood firm and said ‘we will fight it’. I received a personal service which was both courteous and efficient and I would have no hesitation in recommending Express Solicitors to anybody else who finds themselves in the unfortunate position I was in.”

How long will my forklift accident compensation claim take?

There is no set time limit for how long a claim will take. If your employer admits liability, we can settle it in a matter of weeks. However, in some cases, it can take up to 18 months, so please be patient with it as we consider every element of your case. It’s very rare that you will have to go to court, but if you do, we will guide you every step of the way.

Do I need to attend a medical?

You will need medical evidence from your doctor outlining the seriousness of your injuries and how the accident caused them. We may ask for a secondary medical and your employer may also ask for one. We’ll make sure you feel as comfortable as possible throughout.

Who pays my forklift compensation claim?

What are the time limits for forklift compensation claims?

My loved one has died as a result of a forklift injury. Can I claim on their behalf?

You can claim for the death of a loved one for up to three years after their death, or three years from the coroner’s report or post-mortem declaring the accident as the cause of death.

Can I claim if I am self-employed or work zero hours?

At Express Solicitors, we have decades of experience settling forklift accident compensation claims just like yours. We’ve settled millions of pounds for cases that were turned away by others.

Our sensitive solicitor teams will listen to your story and consider every aspect of your case. You deserve to feel safe whether you’re at work or in public. Contact us today to get your life back on track and start your no win, no fee claim.

Compensation amounts for back, neck, shoulders and upper body injuries