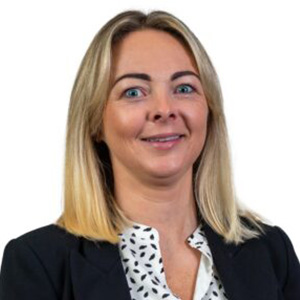 Sarah Mawdsley is a Partner at Express Solicitors. Initially joining the firm in June 2007 as a Litigation Assistant in the New Client Team, Sarah became a Litigation Executive with her own case load in 2008 and subsequently gained her training contract in 2009. In 2010, Sarah qualified as a solicitor and she became an Associate Solicitor a year later. In 2012, Sarah was appointed a Partner of the firm.

Sarah specialises in dealing with significant injury claims, usually with lifelong symptoms in very complex cases where insurance companies do not wish to pay the injured client compensation. Sarah is tenacious in fighting for her clients and supporting them throughout the claims process. She particularly enjoys fighting to overcome any obstacles that such insurers throw her way. Sarah has regular success in cases taken over from other firms when they feel cases have poor prospects of winning.

Renowned for dealing with claims swiftly and effectively, Sarah is also an exceptional communicator and is adept at speaking in non-jargon when discussing the details of a case with a client, navigating them through each stage carefully to ensure they understand what can sometimes be a complicated system and also a personally very difficult time for them and their families.

Sarah regularly deals with a wide range of cases including claims against shops/supermarkets/hotels/bars, tenants who have been injured in a rented property, actions against the police or prison service, cosmetic cases and those that happen outside the UK. Sarah has experience of dealing with sensitive claims involving infants whether in a public place or school or nursery setting.

Her role includes managing, developing and coaching several other lawyers in the firm.

She currently lives in the Monton area and enjoys regular lunch time walks either down Monton high street or along the River Mersey across Simons Bridge in Didsbury. She enjoys keeping a fit and healthy lifestyle and regularly attends spinning and circuit classes.

£500,000 for a chef following a fall in the communal area outside his home and agreeing an order to come back to the court if his injuries became more serious.
£240,000 for a 43 year old disabled man who was living in poor conditions when he claimed against his housing association.
Award of £150,000 paid to a 44 year old painter and decorator when his bicycle hit a pothole in the road and he suffered a significant injury to his elbow which affected his ability to do his job,
Similarly, obtaining £125,000 for a young man, 14 at the time of the accident, who got the wheel of his scooter caught in a dangerous defect on a housing estate
Securing £50,000 at trial for a 67 year old retired lady who fell on a single step in a public house. The Judge described the step as ‘invisible’ despite the other side stating this was safe and an engineer instructed for both parties stating that this complied with the relevant building regulations;
£40,000 was recently agreed with the insurers for a 68 year old lady who tripped and fell on an unmarked speed bump on a holiday part. She sustained
£70,000 and £25,000 respectively for clients who were injured abroad on package holidays
£20,000 for a young lady who slipped injuring her ankle in McDonalds.

Previous files taken over from other solicitors

£160,00 for client involved in a road traffic accident, he was unhappy with progress of previous solicitors and we managed to get him an interim payment to cover lost wages and get treatment on the way to a successful conclusion.

Securing £65,000 for a 62 year old with serious back injuries following a trip and fall over strapping that had been left on the floor from an Asda employee. Her previous solicitor obtained medical evidence which gave only a short lived injury (and she would have been awarded a modest amount) but we investigated properly with the right experts to get the right result.

A police officer was injury when he tripped on a defect on his way to a football match, despite the local council being extremely difficult initially, Sarah agreed an award for a knee injury at £11,750.00

Sarah secured a win on two other cases where the previous solicitors said they had no prospects of succeeding for £25,000 and £5,000 respectively.