£15,000 compensation for shop assistant left with permanent scarring after a road traffic accident

Daniel Jamieson, senior associate solicitor in our road traffic accident claims department has successfully negotiated £15,000 for the injury and trauma received by a 69 year old retail shop assistant from Brighton, after sustaining significant damage to the leg when she was hit by a delivery scooter while crossing the road.

Ms Dombey, the person involved in the accident, said: “I can’t express my gratitude enough. Daniel was my saviour. I have no words to describe what he and his team has done for me. He believed in me from the get go and has helped me right along the way for the past 3 years. Great company. Great team.”

On the case verdict, Mr Jamieson, said: “I am really pleased with the outcome of this case for Ms Dombey. She sustained a significant injury to the right leg requiring emergency treatment, which caused resultant permanent scarring. Ms Dombey also sustained a recognised psychological injury because of the accident. We were very pleased to successfully agree compensation at the very top end of the valuation bracket for Ms Dombey’s damages for her personal injuries and consequential losses.”

Mr Jamieson, acting for Ms Dombey, settled her case post-issue, prior to trial under part 36 for £15,160. All fixed costs were recovered in full.

Commenting on the case further, Mr Jamieson said: “The Defendant disputed liability for the accident throughout. We believed in Ms Dombey’s case throughout and fought for her every step of the way until we achieved the result Ms Dombey deserved.

Court proceedings were required to be issued, and it was only when we served Ms Dombey’s witness evidence that the Defendant started to make settlement offers. Several settlement offers were made between the parties involved before we secured the correct level of damages for Ms Dombey.” 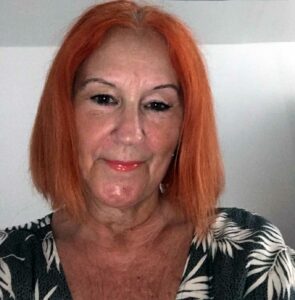 In March 2018, Ms Dombey, aged 66 at the time of the accident, had finished her shift at Debenhams and was heading home to Brighton. Having just stepped off her usual bus at the stop opposite to where she lived.

She recalls: “As I got off the bus, I crossed the road. There was nothing coming but as I reached the middle of the road, a delivery driver on a moped scooter came shooting around the corner to my left hand side. I saw him coming towards me and my gut instinct told me he was going to hit me. I just knew it. It was as if he didn’t see me at all. I put out my hand to stop him but obviously it was too late by that time, he hit me.”

Unfortunately, although the driver had space to swerve around her, Ms Dombey took the full impact of the scooter. This force of the impact caused her to fall and land on her back, lifting her head as she fell, she luckily avoided hitting her head on the ground.

“At the time, I didn’t realise the severity of the impact.”

Unaware of the severity of the accident and with adrenaline masking the pain, Ms Dombey at first thought she escaped relatively unscathed from the incident. “At the time I didn’t realise the severity of the impact. I didn’t feel anything, however the impact had split my leg open. It wasn’t until a car coming from the opposite direction stopped and the lady driver got out to assist me that I realised I’d need medical attention. All of a sudden, I was surrounded by two or three people who picked me up and sat with me on the side of the road. I just wanted to go home. But after lifting up my trousers to see the damage to my leg they phoned for emergency assistance.”

“All of a sudden, I was surrounded by two or three people who picked me up and sat with me on the side of the road.”

Both local police and ambulance crews attended the scene. The delivery driver stopped to report the incident. He gave over all his details to the police, while Ms Dombey was rushed to hospital for treatment to her right leg.

It later transpired that the deep wound to Ms Dombey’s leg was caused by a blade on the scooter’s wheel disc cover that had cut open her right leg from the ankle up to her knee, exposing the bone. The deep wound required both internal and external stitches to repair a severed tendon. Due to the force of the impact, Ms Dombey also sustained generous amounts of bruising across the top and under the arms.

The timing and severity of the accident rocked the whole family

After being released from hospital on the same day, Ms Dombey returned to the family home in Brighton she shared with her Italian son, her daughter- in-law and three grandchildren. The family had all just returned to the UK the previous summer, having lived in Italy for many, many years.

The timing and severity of the accident rocked the whole family. “The shock really hit us all afterwards. It would have been a lot worse. I experienced severe shivering in the night following the accident.”

In the immediate few days following the incident, Ms Dombey required round the clock care

Despite a sleepless night for the whole household, they all felt relieved that the injuries sustained by Ms Dombey were not significantly worse.

In the immediate few days following the incident, Ms Dombey required round the clock care from both her son and daughter-in- law. Unable to walk initially, she took two days off work and found even completing the most mundane everyday tasks painful.

Ms Dombey also suffered other effects to her lifestyle as a result of the accident. Recalling her slow recovery, Ms Dombey said: “It slowed me down for a while, I couldn’t drive but it was more traumatic for me as I became paranoid about motorbikes and every time, I saw a scooter it came back to me that that the disc on the wheel sliced my leg in half. I couldn’t go out much, my son and his wife had to look after me. I couldn’t go shopping or walking as obviously for the first couple of weeks it was really painful and then I developed an infection afterwards too. So yes, it did affect my life for some time.”

Today, Ms Dombey continues to experience discomfort when standing for long periods of time and has continued numbness around the scar area due to the tendons in her leg being deeply severed.

The life changing effects of the accident

After being cared for by her family, Ms Dombey was able to return to work and was nursed back to her previous level of energy and mobility. Although she still suffers the occasional pain and tenderness at the site of the injury, the accident had a more lasting psychological effect on her. As a direct result of the accident, Ms Dombey still experiences regular ongoing paranoia whenever she sees a scooter on the road, particularly heightened when the scooter approaching has similar disc style wheel covers.

Today Ms Dombey continues to work as a part time retail shop assistant and spends the rest of her time entertaining her three grandchildren.