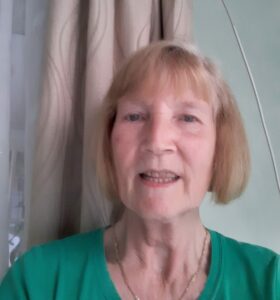 June, aged 68 at the time of accident, was walking to the bus stop for her weekly visit to meet a friend in Keighley when she was hit by a car travelling on the wrong side of the road. The driver failed to stop at the scene and has never been traced.

June sustained significant bruising to her knee and arm from the impact and fractured her lower spine, which resulted in her being placed in a reinforced back brace for weeks. Struggling to do even the basic tasks, June required the care and assistance of her long-term partner and daily nursing visits to slowly get her on the road to recovery. A chance meeting with a friend advised her to seek compensation from the MIB. However, given the complex nature and strong resistance she would face, she was advised to seek professional help with the claim.

After contacting Express Solicitor following initial online research, June spoke with a claim handler that had also experienced a similar accident and had been successful in achieving compensation from the MIB.

Rachel Flannigan, lead solicitor, adds: “Our experienced team have successfully handled many cases where victims have been involved in an accident where the police have been unable to trace the driver. This involves making a claim against the Motor Insurers’ Bureau (MIB) which provides a facility for victims of accidents caused by uninsured and untraced drivers to claim compensations and is funded annually from every insured driver’s premiums.

“In all cases the MIB must be able to establish that you are entitled to claim compensation before they will assist you. They gather evidence, establish liability, speak with witnesses and capture all the medical facts. Once the MIB have decided that you should be compensated the amount you are awarded will be considered.

“In June’s case, the first claim for compensation was rejected by the MIB on the grounds that there was no liability against the Untraced Driver because the claimant failed to look left before crossing and was only one step away from the pavement when struck.

“The MIB had failed to appreciate the exact circumstances and there should have been no cars travelling from her left on that part of the road. Therefore the vehicle had not only done something dangerous in overtaking stationary traffic on the wrong side of the road but had in fact broken motoring law in doing so.

Following securing the advice and recommendation from a barrister, Express Solicitors appealed the decision and the second compensation claim was successful with The Arbitrator reversing the original decision of the MIB. The claim was then put forward to be considered. June was awarded £25,000 which reinbused her for the equipment and care appointments she had already required and any future needs.

June said: “The accident happened so fast and threw my life off balance for quite a while. It had a huge long standing impact on my quality of life. For months it was a struggle. I couldn’t do anything on my own, I needed the nurses’ support to help fasten the back brace, my partner’s assistance to dress and I couldn’t walk far, or sit in the same position for very long.

“I’m grateful for the compassion, perseverance and professionalism that was shown to me during the claim for compensation.”

Recalling the accident, June says: “I was going to meet a friend of mine in Keighley, something which I do on a weekly basis. Having left home in plenty of time and after calling in at my partner’s house on the way, I set off walking half a mile down the road to catch the bus. The bus would take me to Bradford Central bus station where I would then pick up my connecting bus to Keighley.

“To catch the bus I had to cross the main road. In the centre of the road there’s a little traffic island crossing and I did as I always do, looked right before stepping out. There was nothing coming. However, as I stepped into the road, literally about one step in, I looked left. A car, travelling on the wrong side of the road was fast approaching. It must have been travelling over 30 mph as a bus had pulled in on the other side of the road, and cars were building up behind the bus as the traffic couldn’t get passed because of this island. The car literally came from behind them all, up the wrong side of the road.”

“I wasn’t knocked up in the air, but spun around so I was facing the car and the impact caught me on my left knee and right arm. The car failed to stop and literally swerved out of the way of the oncoming traffic.”

Both the police and ambulance attended the scene and as the accident happened around 09:30am in the morning of 22nd March 2018 there were plenty of witnesses and on the scene assistance offered to June.

“I knew instantly I had badly damaged my back as I was in severe pain.”

“The young lady that attended to me advised me not to move. When the ambulance arrived I was carefully transferred on a backboard and taken to my local Royal Infirmary. I was then fast tracked through A&E and sent for a scan, it was at this point that they then confirmed an L1 fracture to my back.”

June, who had never been in hospital before the accident, spent five nights on the ward before being discharged home to recover from the bruising and broken back.

“Before the accident I was such an active person. I would take my neighbours dog out daily, go out on days trips with friends, to the local shops and enjoy gardening. With my injuries I couldn’t do anything. Washing, dressing myself and cleaning up required assistance.

“Today, I still have bad back pains. I’m really careful in what I do now and I’ve learned to adjust my activities so as not to flare up the pain. I can no longer sit comfortably for long periods of time and have invested in various things to keep me in an upright and comfortable position when both sitting and sleeping.”

Sharing the support received from the experienced team at Express Solicitors, June added: “They were absolutely first class. They were a brilliant support. The lady I spoke with first too had been in a similar accident and had survived and it was the fact that she had gone through it, provided me with some comfort that this was the right thing to pursue.

“It didn’t matter how long it took as long as my claim reached a sensible conclusion. I’d paid quite a lot out of my own money for equipment to help my spine and paying for taxis to get about and about that all I was looking for was a reimbursement of these costs.”

“I’m delighted with my final settlement and know that I couldn’t have done it alone.”

“The compensation has allowed me to invest in my future and support me in making my home more comfortable and safer for me to better manage my pain.”