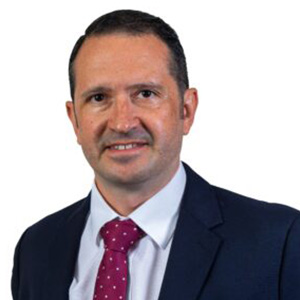 Daniel Slade is the Senior Partner of Express Solicitors and a Director, having been instrumental to the company since joining in 2003.

Daniel leads technical issues of law the company spearheads in the UK with its many cases of utmost importance to the public and development of the law and legal practice.

Daniel heads the company’s public and other complex dispute team which faces some of the most challenging issues of liability, including group actions, pharmaceutical cases, product liability claims with design issues, sporting accidents, all types of foreign accidents, as well as cases involving complex cross-border and jurisdictional aspects of law.

Daniel has represented TV personalities, national sports personalities, and even County Court judges following their own accidents. Daniel has been described as “a specialist in catastrophic injury High Court cases” (Legal 500) and leading a “very professional and caring team that includes the knowledgeable Daniel Slade” (Chambers & Partners).

Bissett v. Heliyorks (Darlington County Court, 20.12.19) Complex helicopter claim involving a 36yr old specialist offshore gas platform electrician. A flying phobia led to therapy followed by a flying lesson. In that the pilot took off despite his protest to be let out him of the helicopter, which impacted on his phobia recovery. He sued for wrongful detainment and imprisonment.  His opponent argued no cause of action and thus immunity from such wrongs. Complex arguments over ‘carriage for reward’ pursuant to the Carriage by Air (Application of Provisions ) Order 2004. Succeeded in securing a compromise of £50,000.00

Steyn v. Aneurin Beven University Health Board (Cardiff County Court, 20.04.21) Legally complex case involving a 52yr old voluntary in-patient in a psychiatric ward who succeeded in her ombudsman complaint after an assault from another patient suffering a fractured clavicle leading to limited mobility in her right shoulder. The ombudsman awarded £750 for the failings of the Health Board. Complex arguments over the principles of res judicata, and whether use of the ombudsman deprived her the right to claim. Succeeded in securing a compromise of £25,000.00