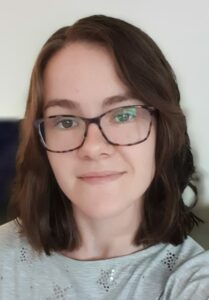 Elizabeth, a mother of two young children, can now look to the future; which involves moving her young family into their first home and her forthcoming wedding. This is all thanks to the determination and dedication of Robin Patey and his team at Express Solicitors in supporting Elizabeth to resolve her 16 year wait for compensation.

Elizabeth was aged just six years when she was involved in a road traffic accident that resulted in her sustaining a serious brain injury which affected her exam results and subsequent career trajectory.

Commenting on the case, Robin added: “This was a very difficult case given the time that had passed since the accident, around 10 years by the time we were instructed. This time delay meant that the Greater Manchester Police had pretty much destroyed the evidence they had. We had attempted to contact various witnesses with varying degrees of success.

“The claim was complicated by the involvement of the Motor Insurers’ Bureau as there was (and remained to the point of settlement) an issue as to whether or not the car that collided with the client was or was not insured.”

The claim was subsequently settled on a split liability basis (90% in the Claimant’s favour). The total settlement was just over £2.2 million.

Although a lengthy case, Elizabeth felt supported right the way through the process: “Robin Patey was just amazing. I had his personal email and PA’s direct number and any time I would call up with questions I would have the option to speak to him or he’d call me back the same day. I’m really pleased with the outcome. The fact that I opened the case when I was 15, fearing the same outcome as previously received and then for Express to obtain the level of compensation I did was more than I could ever have dreamed of.”

Elizabeth was just six years old when she was struck by a car, on the way to the park with her 16 year old sister.

“I don’t remember much about the accident; I only know what I’ve been told. Apparently, we left home for a trip to the park and I ended up in intensive care for two weeks. As I was crossing over to the entrance of Wythenshawe Park, I was struck by a car that simply didn’t see me. I was put into an induced coma on scene and taken to Wythenshawe hospital and in intensive care for two weeks.”

Six-year-old, Elizabeth came away from the crash with a broken left leg and unbeknown to her and her family at the time, also suffered from a traumatic brain injury sustained in the accident.

“One month after the accident I started having regular, once a month, partial seizures. I wasn’t losing consciousness, so my parents weren’t overly concerned at this stage, more confused as to what was happening. I never ended up in hospital with these seizures but I do recall visiting the doctors on a number of occasions.”

Happening more frequently and escalating their concerns over the years, an MRI and ECG was performed which later confirmed an epilepsy diagnosis when Elizabeth was nine years old.

“It wasn’t until three years after my accident that I was officially diagnosed with epilepsy. It was then, after the official diagnosis and link to the head trauma obtained in the accident, that my mum started the first compensation claim.

“I was just 12 years old when we were told there was no case by Pannone and we wouldn’t get a successful outcome.”

Impact on daily life and living with diagnosis

“Today I’m still suffering seizures every month. I’m ill for three days at a time following a seizure so it takes me away from family life quite a bit. My partner is great with me and I take medication and regularly attend six month follow up appointments at hospital.”

The downside to living with epilepsy is that Elizabeth fears being discriminated against and stigmatised as a result of a lack of fear and understanding.

“The diagnosis and partial seizures have really affected how people see me.

“If you tell someone you are epileptic, then they assume that you will lose consciousness and have spasms of the arms. When I do disclose my diagnosis, with that often comes the stereotypical disability badge that I must lack competency. Growing up I’ve experienced this in both school and a work environment, always feeling that I got special treatment because of my epilepsy, in a positive discriminatory way.

“It’s hard for people to understand epilepsy and it’s taken me a while to recognise myself and truly understand what was happening.

“I’m more accepting of it now but close friends and family still struggle, especially as having epilepsy affects my emotions. The seizures bring about a change in my emotional state, both in a positive and a negative way, and while I’m learning to understand these more it can often be used as the default reason if I’m generally just irritable by a stressful situation or if the children are playing up.”

Elizabeth is using the compensation to invest in her and her family’s future:

“The compensation has already changed my life. We’re buying our first family home, and we have put away for our childrens’ futures. I see the rest as a safety net.”