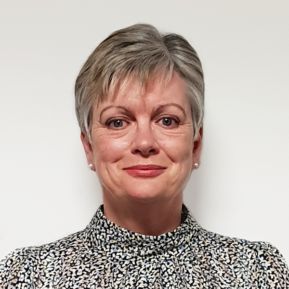 Carol Brooks-Johnson is a partner and head of the Clinical Negligence Department – a department that undertakes all types of negligence claims against individual medical practitioners and institutions.

After obtaining a law degree from the University of Birmingham, and attending the College of Law in Chester, Carol was admitted as a solicitor in England and Wales and began working in Leeds.  Over the past 25 years she has worked mainly in the north of England but did relocate temporarily to Australia – being admitted as a solicitor and barrister in the Supreme Court of Western Australia. Prior to going to Australia, Carol had been a member of the Law Society’s Personal Injury Panel for 18 years.

For the majority of her career, Carol has undertaken personal injury and clinical negligence claims on behalf of the injured party.  Her work has been varied, particularly acting for those who have suffered catastrophic spinal and brain injuries and those suffering the consequences of a fatal accident.  In the clinical negligence arena cases have involved the various acts and omissions of numerous medical practitioners and institutions including birth injuries, delayed diagnosis and misdiagnosis against the NHS and private bodies. General practitioners, dentists, opticians and hospitals have all been pursued.   Carol acts for both adults and children.

Memorable personal injury cases include acting for the mother of a child who drowned whilst at nursery, acting for the father of a girl killed whilst in the care of social services and acting for a pilot who suffered severe spinal injuries in a gliding accident.

Clinical negligence cases have included the GP whose continuous prescribing of antibiotics led to black bone disease, the dentist who caused a brain injury by puncturing the sinus cavity, the optician whose dilatory response to a detached retina led to blindness, the baby who suffered a fractured skull / brain injury during a forceps delivery and the hospital which missed breast cancer when screening images were mixed up. [An Australian case involved a fire fighter who was bitten by a snake whilst tackling a bush fire!]

In addition to pursuing claims, Carol has invariably held management positions at the same time – leading teams, training, ensuring compliance with external rules and regulation and being involved with practice development.

Not afraid to push the boundaries, Carol brought the first claim arising out of passive smoking to court in 1998 and championed stress at work claims in the late 1990s and early 2000s.  Being described as “tenacious” by the opposition is a great accolade.  She enjoys advocacy in different types of courts and tribunals, including inquests – having contributed to the Luce Report on inquest reform in 2003.

Carol is no stranger to the media – writing articles for publication and appearing on television and the radio – to discuss various claims or legal issues.

In a society where there is much criticism of the so-called, “compensation culture,” Carol is a firm believer that when an innocent party is seriously damaged by another – through negligence – then they should be helped to make the best recovery possible, as quickly as possible.

When not at work Carol is a member of her local Air Cadets Civilian Committee, member of the Ecclesiastical Law Society and has just finished the Church Universities’ Certificate in Ministry at Chester University. Relaxation involves reading, music and walking.

Carol Brooks-Johnson in the news

Business Live. People on the move: 21 top North West appointments you should not miss